This post was updated on November 7th, 2021 to add information about criminal charges, an image gallery, and the Inside Edition segment at the bottom of the page.

Unless you’ve been locked in a monastery with no wifi, it’s hard to believe you wouldn’t have seen a story on the Colorado contractor that took a sledgehammer to a bathroom in the home of Amber Trucke.

He claims he was “repossessing” his tile work since the homeowner wasn’t paying. It should be noted that I didn’t see him carry one tile out.

Dream Home Remodels is the very ironic and unfortunate name of the company that did the renovation work in the Colorado Springs home.

After falsely accusing the homeowner of non-payment they stormed into the home and took a sledgehammer to the shower that they built thereby guaranteeing that they would never get paid the full amount.

Trucke’s neighbor took video of the destruction in progress, Amber posted on social media, and it blew up from there.

Stoneman to the rescue

After seeing the viral video, Jason McDaniel, contractor, Certified Tile Installer 1273, and founder of the Facebook group Global Tile Posse took the lead, contacted Trucke, and made plans to rebuild her bathroom. The posse that he assembled included:

A Happy Ending for Trucke

Currently, the bathroom has been beautifully rebuilt. See finished photos in the gallery below.

Here is some more news that transpired between destruction and rebuild:

The new bathroom is rumored to have new tile donated by The Tile Shop, a curbless shower using the Rapid Recess system, heated floors and a fully waterproof shower using products from Ardex, and some custom scribe work because come on, it’s Stoneman.

A not-so-happy ending for the Colorado Springs Contractor

KRDO Fox 13 Reports that arrest warrants have been issued for both Terry Gregory and Jordan Cazares of Dream Home Remodeling. The charges are:

Additionally, they report that the contractor did not secure the proper permits to perform the work and consequences have yet to be determined. 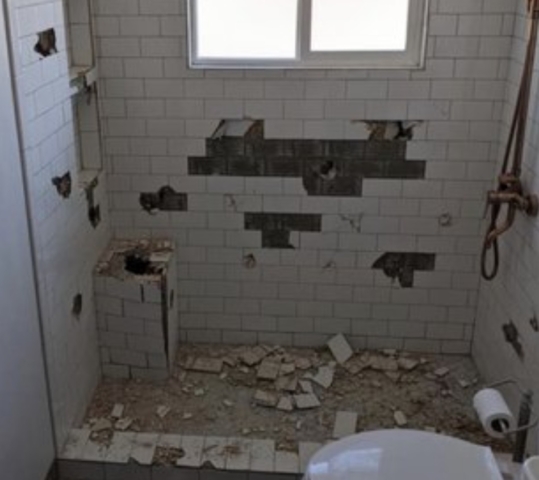 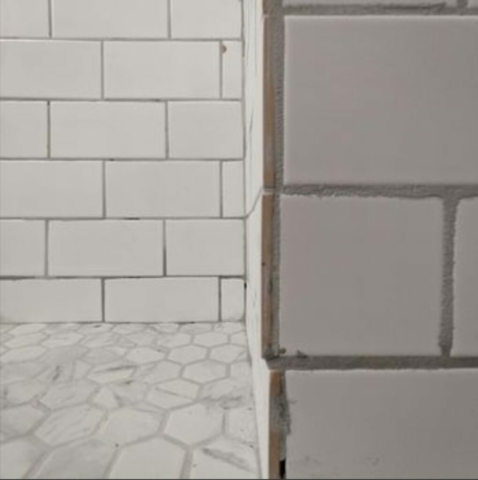 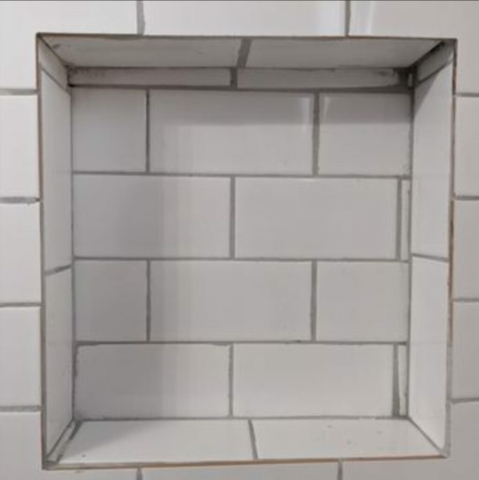 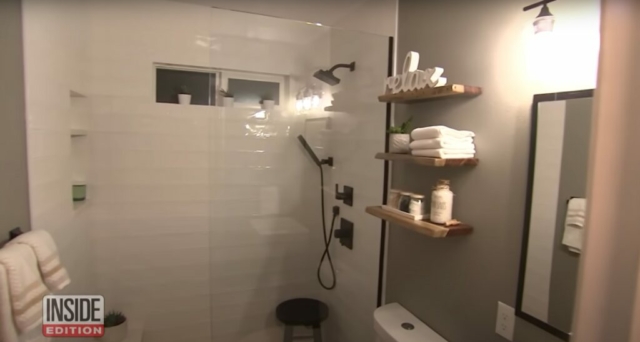 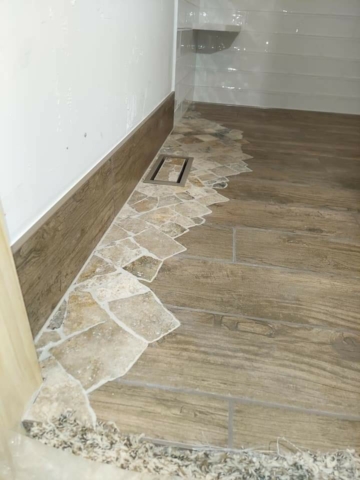 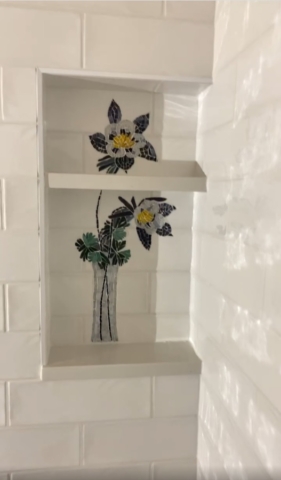 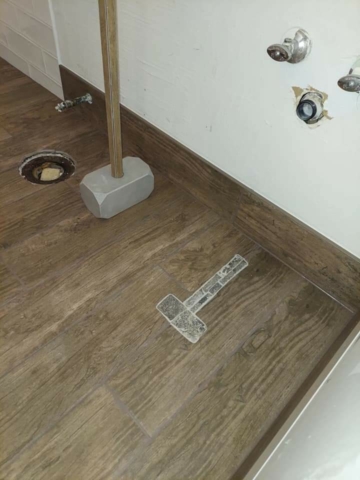 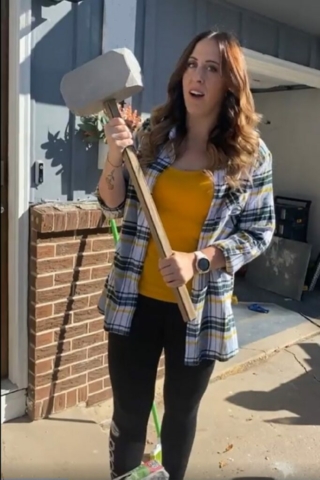 It goes without saying that payment disputes should never come down to violence, destruction of property, or threats of such things.

Recently, a contractor in Spanaway Washington that was threatening to destroy his own work was shot and killed by a homeowner.

As a contractor, you need to learn and understand the lien laws in your state and know how to protect your rights to lien property and collect payment.

This post will continue to be updated as new details come out.

Inside Edition segment of Sledgehammer Bathroom in Colorado